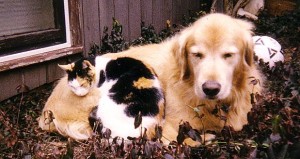 I was struggling to engage the audience. Okay, forget struggling — I was dying onstage. Maybe I was having an off day. Maybe they were having an off day.
Or maybe it was the fact every one of the 100 people in attendance was a CEO, an executive, or the owner of a medium to large business, which meant they were way more accustomed to being listened to than they were to listening.
So I took a shot. “In one sentence, what is the key to leading people?” I asked.

Throwaway question? Sure. I knew no one would answer. That was the point. They would sit and stare and I would offer an intentionally against-the-grain answer intended to spark some heat and conversation. (Yeah, I know. But remember, I was dying.)
So I asked the question and paused to read the room. Some people looked down. Some looked away. Just when I was about to speak a voice broke the silence.
“I think I know,” a man said. A few heads turned in his direction.

My head turned too. I was a little surprised and a lot concerned. Shoot, I thought, now I’ve stepped in it. He’s going to whip out some leadership cliché and I’ll have to scramble to recover from the dead end I just created.